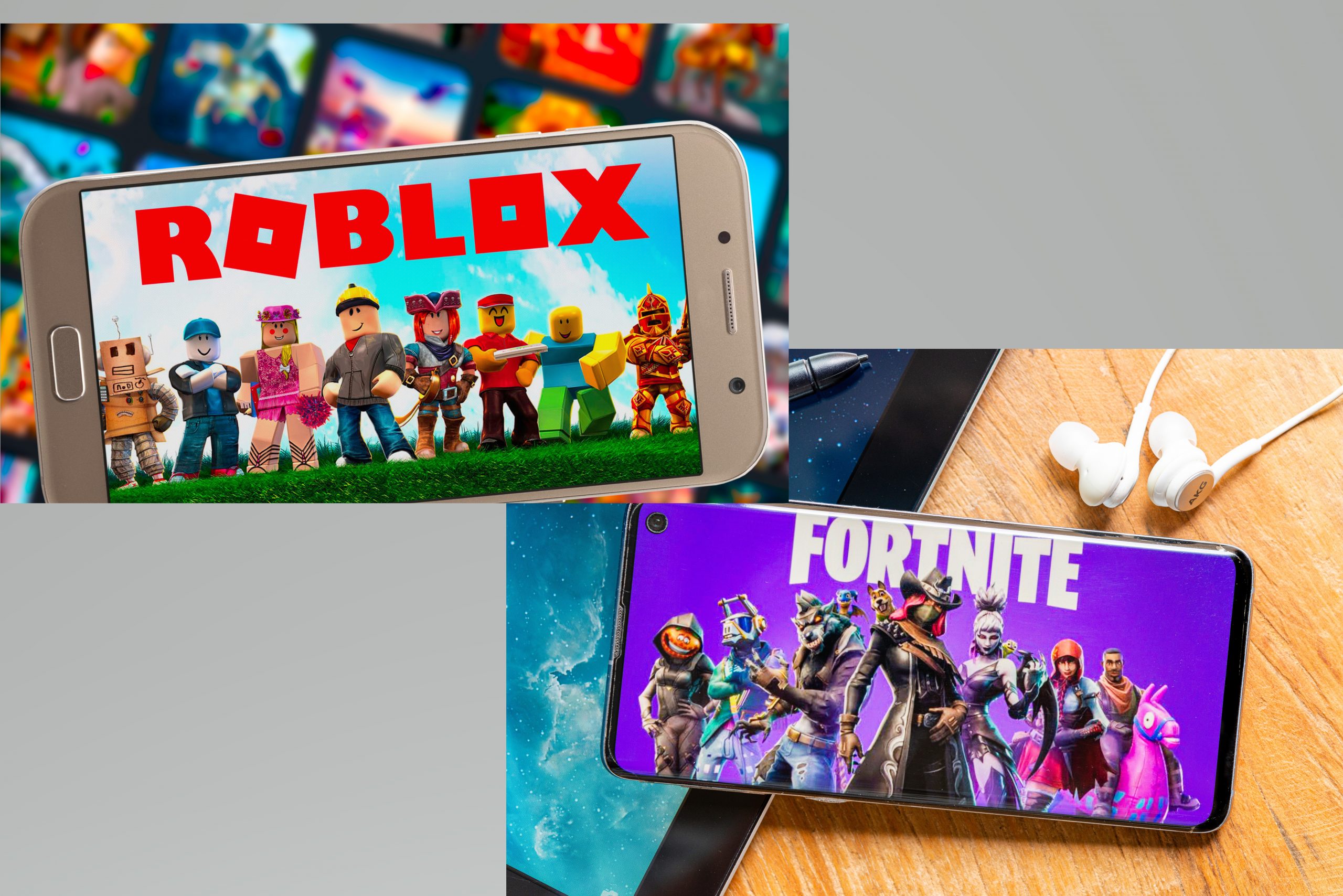 I must admit to being very surprised to be writing a blog with this title. Earlier in the year, at the start of the first lockdown here in the UK my boys (who are 8 and 10) wanted to play Roblox. They have played Minecraft in the past but have never been online with it, so the ability to be online with other Roblox users was exciting for them, but worrying for us as parents.

According to Parents’ Guide: Roblox (PEGI 7+) (askaboutgames.com) Roblox is rated as 7+ which means

“Game content with scenes or sounds that can possibly frightening to younger children should fall in this category. Very mild forms of violence (implied, non-detailed, or non-realistic violence) are acceptable for a game with a PEGI 7 rating.”

but you do not have to search very hard to find information and examples of inappropriate content on Roblox. For instance a quick search brought up this website Top 5 inappropriate Roblox games in 2020 (wondershare.com) and a quick pop into some of these games and I could see some inappropriate discussions going on and icons being used in sexual references which, fortunately, my boys would be too young to understand. The very nature of some Roblox games encourages communications between players.

The Roblox developers do try and keep it as safe as possible but due to one of the most powerful features of Roblox, the ability for users to create and publish content, it is hard for the developers to monitor all the user generated content. Roblox does offer the ability for players to only play user created content that has been approved by Roblox and this is a sensible thing to turn on. The issue is, if children want to play with their friends on Roblox and their friends are playing games that have not gone through the approval process, what do you do ?

My wife and I decided to let them play Roblox without chat being enabled, so they could not chat to people in Roblox that they did not know and also only play approved content. My boys understand what information is personal and private, why you should not share it and also that you should not add people to their friends list that they do not know in real life. They are very good at sticking to this but we have talked to them about this from the start of them playing games.

They played without the chat facility for 3 – 4 weeks but I knew that there was a conversation brewing and by the 4th week they were asking to have chat turned on, as they kept on having to ask the friends they were playing with (and communicating with via FaceTime) what people were saying in the chat windows. We sat down with our boys and talked to them about enabling chat, what they would do if people said mean things or were nasty to them and also if they saw anything that made them feel uncomfortable.

We stressed with them that if they broke the agreement they would lose privilege’s on their devices but, if they came to us with something that made them feel uncomfortable or they were not sure about we would discuss it with them but not take their devices from them. This is so important because as a parent if you take the device from a child after they come to you in that scenario, that will be the last time they ever come to you.

Our boys continued to play and enjoy Roblox however our eldest did come to us with a situation that he found strange. His character in the game is female and a male character in the game asked his character to come look at his house. As my eldest is very interested in house design and building houses in Roblox he went along to see the house. He said that when he got there the person who house it was asked him to go to the bedroom and started to try and do a dance which he found odd so just left immediately.

It was good that he felt able to come and talk to us about that and we discussed what he could have done differently, such as not going to someone’s house that he did not know and also what he would do in the future with those type of requests.

The area I as a parent am most uncomfortable with in Roblox is the chat facility and this is where the main danger with most games lies. With Roblox the other issue is some of the inappropriate games/user content that has been created.

It was not too long after the return to school in September that Fortnite was brought up by both our boys. I am aware of Fortnite, they have asked to play it in the past and I am also aware that it is a PEGI 12 rating, which according to the PEGI website (www.pegi.info) means

“Video games that show violence of a slightly more graphic nature towards fantasy characters or non-realistic violence towards human-like characters would fall in this age category. Sexual innuendo or sexual posturing can be present, while any bad language in this category must be mild. Gambling as it is normally carried out in real life in casinos or gambling halls can also be present (e.g. card games that in real life would be played for money).”

I resisted the initial requests but knew that more were to come, so I set about educating myself on it.

I knew that the violence in Fortnite was not graphic, for instance when a player is killed there is no blood or gore at all. Is this not the equivalent of them playing a nerf gun battle in the back garden which we have had great fun doing ?

I know that one of the principal dangers for children are the chat facilities but with Fortnite the game is too fast for there to be an on screen chat and the voice chat can be disabled. If they are playing with their friends, who they chat with on Facetime or Zoom, then they do not need to enable the voice chat, and currently the voice chat is an area that I do not want them to venture into at all.

Again we talked to the boys about the game, about not being able to chat to other people online, about not adding people that they do not know as friends online, and only add people they know in the real world and with these words ringing in their ears they excitedly started to play Fortnite.

It has been a few weeks since they started playing and I can honestly say with the precautions that we have put in place, my opinion is that Fortnite is far safer than Roblox and I am much more comfortable with them playing Fortnite than I am with Roblox. There is less interaction with other users they do not know, in terms of chat, and this reduces the online risk by a huge amount.

To be honest I did not think that I would be and the fact that I find a 12+ game safer than a 7+ game shows that while age ratings are a guiding factor as are review sites for parents (such as Common Sense Media: Age-Based Media Reviews for Families) its down to you as an individual to decide what is appropriate for your family.

Also its great fun to play games with them, I did play Roblox with them and I intend on trying Fortnite with them as well.

I did have a proud parent moment when my youngest said that he found some people in his Roblox friend list that he did not recognise (probably because they have changed their name) so he unfriended them as he did not know them in the real world.

As parents its about giving our children the tools and skills to protect themselves online!

Another great site to discover about great games for you and your family is www.taminggaming.com, have a look at the search feature on the website is so very vast !!!