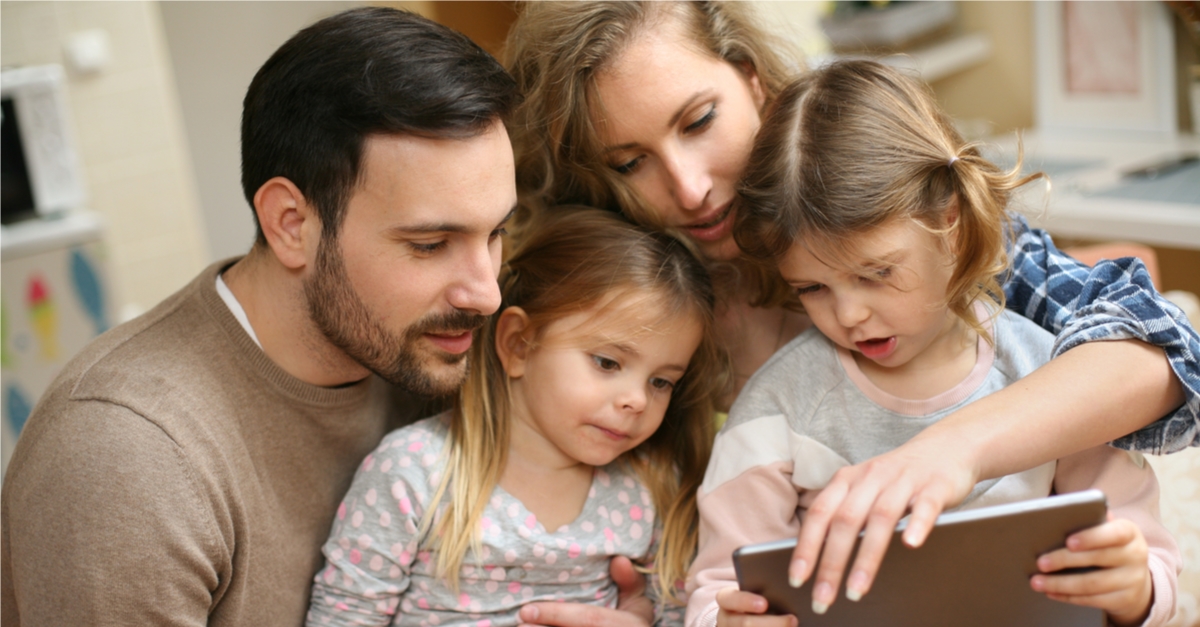 Are you questioning how much screen time is healthy for your children due to the conflicting advice from the industry “experts” ?

As a parent of a 6 year old and an 8 year old I wonder about the impact of screen usage but to me its significantly more important what they do on the screens rather than the amount of time spent on them. That doesn’t mean I condone lots of screen time, far from it but what they they use their screen time for is the most important factor to me.

We all ask ourselves if there is an issue with the amount of time children spend on screens however, I would argue that it depends on the child and on the type of screen activity.

A recent wired article “We’ve got the screen time debate all wrong, lets fix it” (https://www.wired.com/story/year-in-review-tech-addiction-debate-all-wrong/) stated “A year ago, researchers reported that they had observed an association between screen time and depression rates in young girls. But the effect size the researchers found was tiny and the relationship was correlational, which made it impossible to say whether more screen time was leading to higher rates of depression in girls, or vice versa.

Another article “Screens might be as bad for mental health as potatoes”  https://www.wired.com/story/screens-might-be-as-bad-for-mental-health-as-potatoes/ says “Consider the Millennium Cohort Study (MCS). A long-term study on the health outcomes of kids born in the UK in 2000 and 2001, the survey contains dozens of questions whose answers a researcher could reasonably interpret as relevant to a person’s well-being. Those questions span topics as disparate as self-esteem, suicidal thoughts, and overall life satisfaction. “But different researchers have different conceptions of well-being and can choose different questions to fit that conception,” Orben says.”

Whether they realize it or not, a researcher who chooses to focus only on certain questions is making a decision to pursue one analytical path at the exclusion of many, many others. How many? In the case of the MCS, combining the survey’s questions on well-being with those on things like TV watching, videogame habits, and social media use produces a total of 603,979,752 analytical paths a researcher could take. Combine them with questions directed to the caregivers of study participants, and that figure balloons to 2.5 trillion.”

So the results of studies can be open to interpretation.

It matters what children use their screen time for. If it is researching a project, playing a puzzling brain stimulating game or a game that combines a board game with an app on the device, does that make it ok for longer screen time…yes, quite possibly as its stimulating, its fun, its educational.

If you play with your child you are not only bonding with them, but also they will more likely trust your response when they ask if they can have the latest game or app that everyone is playing and after taking a look at it you tell them it’s not really age appropriate for them.

Games from companies such as Osmo (https://www.playosmo.com/en-gb/) or Sensible Objects Beasts of Balance (https://beastsofbalance.com/) combine some traditional elements of board games with technology.

Look at puzzle games or challenging games such as Splitter Critters (http://www.splittercritters.com/) with puzzles children will love to solve or Busy Shapes from Edoki Academy (https://www.edokiacademy.com/en/app-montessori/discovery/busy-shapes/). All the type of games that children love to play which are stimulating.

The Nintendo Switch (https://www.nintendo.com/switch/) has some great games for children including Lego games that are all about solving puzzles and for two players its about working together as a team.

I am not paid to endorse these products, it’s just what we as a family have found to be useful.

Is screen time watching a movie important to help a child “wind down” from a day at school ?

Yes, it is if it helps a child relax from a day full of input, noise and learning. It can help them to switch off and wind down from the day just the same as we as parents will do on an evening.

It is difficult as a parent to know what to do as their is conflicting advice on how much screen time is harmful for children but each family and each child in a family is different. In our household we have a guideline of no screen time (televisions or devices) Monday – Friday however we are flexible enough to bend the rules…but this is what works for us, and you should find what works for your family. Listen to the advice of experts and use whats useful but throw away what isn’t, at the end of the day it is about what works for you and your family and as with most things in parenting it’s all about trial and error.

Trust your instincts as a parent.